Music & Culture at the College

MUSIC AT THE COLLEGE

The music department at St John’s College is situated in a house at the far end of the campus. This location creates the ideal environment for creativity and collaboration. This year the music centre was refurbished and painted and an additional structure was built to accommodate the Marimbas.

The department comprises 4 full-time members of staff, all of whom are internationally renowned specialists in their respective areas of focus. With such leadership, the department prides itself in having some of the country’s best bands and choirs. Students are encouraged to become a part of these various bands and explore the exciting world of music. For more information please e-mail us.

The SJC Pipe Band is the flagship of the College. The band has performed throughout the country at various functions from weddings and cocktail parties to funerals. Each year the Pipe Band has gone on tour to South Africa where the band competes in various piping festivals. In May 2012 the band will be taking part in the Celtic Festival to be held in Johannesburg.

This year attendance for the Pipe Band numbers has increased so much so that it was necessary to form a second band. As a result there is now a Pipe Band A and Pipe Band B. The year 2012 has started off as a particularly busy year for the band. February saw the arrival of piping and drumming specialists, Mr Bob Worrall and Mr Douglas Stronach. The duo spent a week offering workshops to the band and tutors and conducted the first ever Royal Scottish Pipe Band Association examinations to be held in Africa. After such a boost it is with great confidence that the Pipe Band now embarks on preparations to take part in the World Championships in Scotland!

This year the College boasts three refined choirs namely the Junior Choir, Senior Boys Choir and Girls’ Chorus. All three have been entered in the Eisteddfod and the department looks forward to some good results being produced. The choirs are known for taking part in various outreach programmes, performing at old age homes and other such establishments to bring the joy of music to those less fortunate.

This year the combined choirs will take part in this year’s musical production of Jesus Christ Superstar which promises to be a stunning production. The Senior Choir will also take part in the Combined School Concert in September.

This year saw the introduction of a new instrumental tuition programme which enables interested students to have private tuition in the following instruments:

Plans are in place to establish tuition in more instruments such as Violin, Viola, Cello, Trumpet and other Brass and Woodwind instruments. Interested students are encouraged to come to the Music Department and sign up for music lessons. 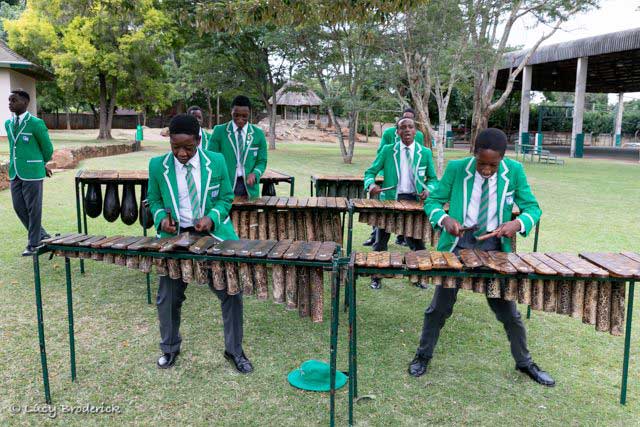 This year the Marimba band plans to take part in the Marimba Education Foundation of South Africa’s annual Marimba Festival in July. The band will be the first ever band to represent Zimbabwe in this festival! The marimba band is without a doubt growing from strength to strength. All students are encouraged to come and get involved with the Marimba!

CULTURE AT THE COLLEGE

“It is not in the stars to hold our destiny but in ourselves.” Willam Shakespeare

One of the lessons to be learned about the Performing Arts is that, if it’s really going to be effective – particularly on stage – an awful lot of work has to be done. There are many latent talents and young people who can entertain here at the College, but anything worthwhile requires hours and hours of practice and rehearsal time.

This in turn needs emotional and physical stamina. Thankfully those who sign up hold a real passion for their genre of performance art, be it singing, acting, dance, mime or any other.

We provide an opportunity for students to explore and develop their skills by giving them innovative platforms from which to springboard. 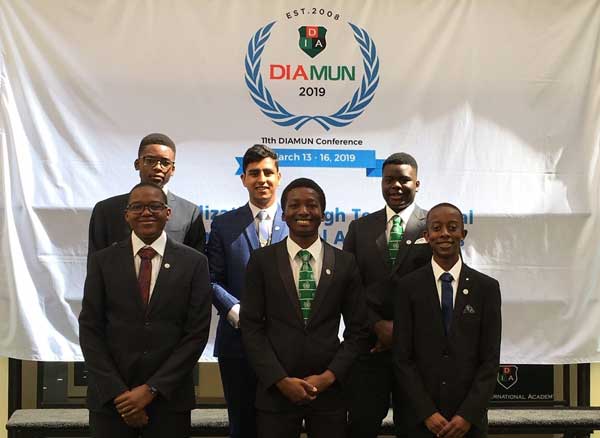 The participants role-play as diplomats representing a nation or NGO in a simulated session of an organ (committee) of the United Nations, such as the Security Council or the General Assembly. Participants research a country, take on roles as diplomats, investigate international issues, debate, deliberate, consult, and then develop solutions to world problems.

MUN fosters diplomacy, respect for other cultures and an expansion of horizons for tomorrow’s leaders and decision makers. Here in Zimbabwe there are successful MUN clubs running, which observe the strict protocols and dignity of the United Nations. From the General Assembly to the Human Rights Commission, each forum has topics to research, discuss, debate and vote upon. These skills are then publicly put into practice at the conferences.

St. John’s College has a fast-growing MUN club whose members have already been able to attend conferences in Johannesburg and Harare. We are delighted that some of our members will be able to attend the Dubai Model United Nations (DIAMUN) conference in March and will also be participating in Zimbabwe’s 6th conference, ZIMUN, in May 2012. DIAMUN will be our largest conference to date, with more than fifty schools and over six hundred delegates taking part from around the globe.

In January this year, we have embarked on a project to include some (due to resources limitations) non-private school students, namely from Oriel Boys Senior. We are training them with great success and feel that they will be ready for ZIMUN Harare, as well as their maiden international conference JOMUN in Johannesburg next term.